Part of me wonders if putting the tests all together like this is a good idea. Due to different requirements (for example, choosing what constitutes the 2 levels of coding in a variable for Cochrane's Q), I wonder if unique dialogs are a better solution.

Anyway, here are some wireframes of what the dialog can look like.

First of all, the dialog begins with some general help text to orientate users. At the bottom are buttons to cancel or analyse (the latter contingent upon sufficient selections made by the user to actually do analysis). 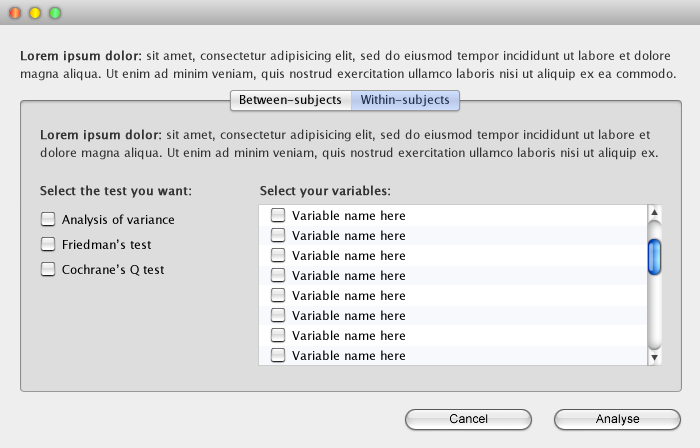 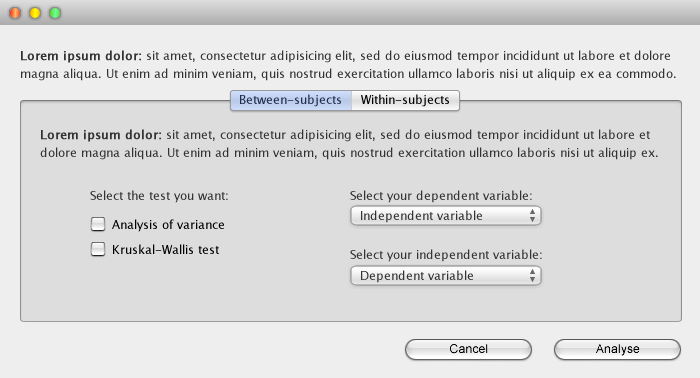 Descriptives and other tests
Descriptive statistics can be retrieved as normal using the descriptives routines. It is always useful to see some so I envisage a small set being automatically generated and displayed. The same goes for tests of homogeneity of variance.

Testing
Testing is needed for this but until I can afford this, comments are welcomed.