I put some time into providing proper histograms for Salstat. The basics work and work well enough but the advanced stuff is yet to come. 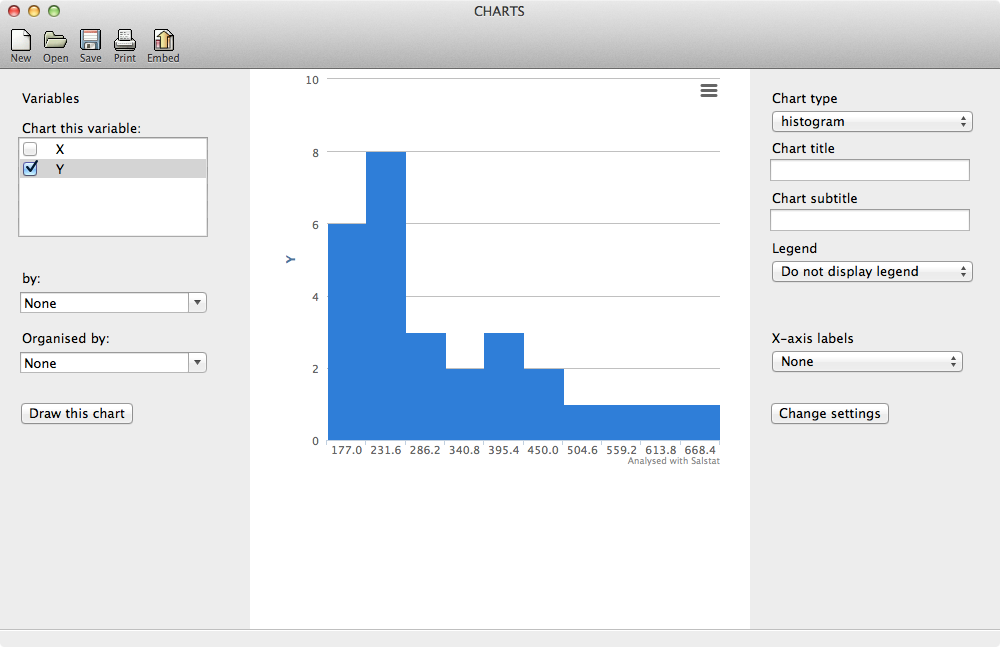 The critical thing, however, is to see how the data look, and Salstat does this in a basic form.

How does it work?

Python's Numpy module has a handy histogram function that (in its simplest form) takes a vector and returns 2 vectors of frequencies and limits. These are used to directly form the histogram.

Once completed, a column chart is drawn in HighCharts using these values but with some additional 'plotOptions' so that no gaps exist between the columns.

What's left to do?


We're keen to get the first two working but are unsure how to design the interface to meet this need. The interface was designed for simpler charting needs and will need careful thought before accommodating those needs.

For now, however, Salstat has a basic histogram charting function which meets probably 80% of needs.