They are really useful and simple way of understand how a variable is distributed at a glance.

And the best bit is that after lots of intensive work, Salstat now does box plots! 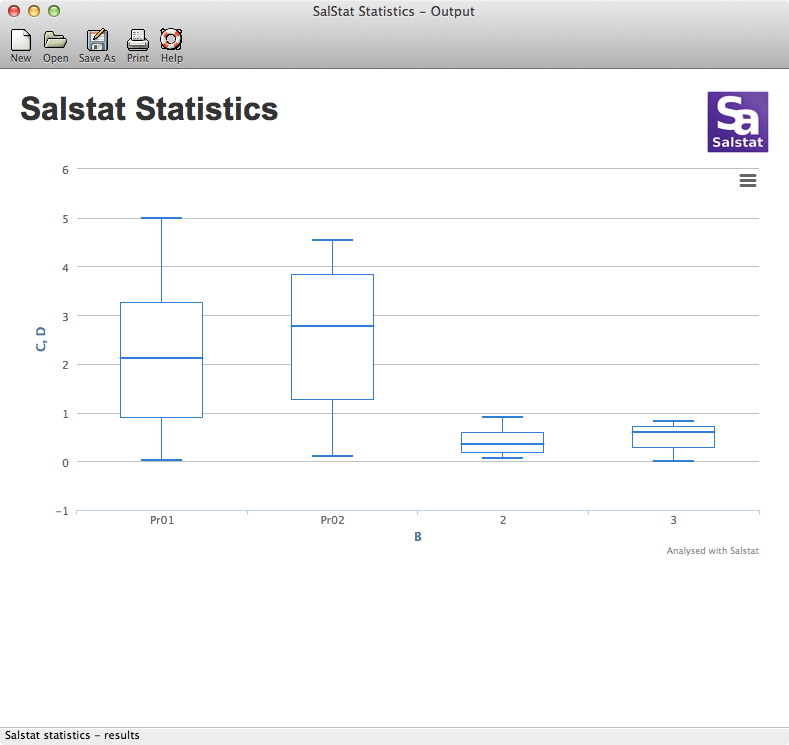 Salstat's box plots do not yet calculate and display outliers just yet, and we're hoping to find a way for the different denotations to be customised (so you could, for example, have a box plot denoting the median, the 3rd and 7th deciles as box limits and the 5th and 95th percentiles denoted by the whiskers).

The latest code is available at Salstat's GitHub repository for download (installation instructions included in the Readme.md).