I have a spare machine running Linux Mint but I couldn't get Salstat running on it. The problem was the wxPython library in the repository was limited to version 2.8 which was too old to run the new html2 widget that could run JQuery, Bootstrap and HighCharts.

However, this page has instructions on compiling, building and installing wxPython 3.0.0.0 on Ubuntu. And having tried it on Linux Mint, I found that it worked beautifully, just as on OSX and Windows. 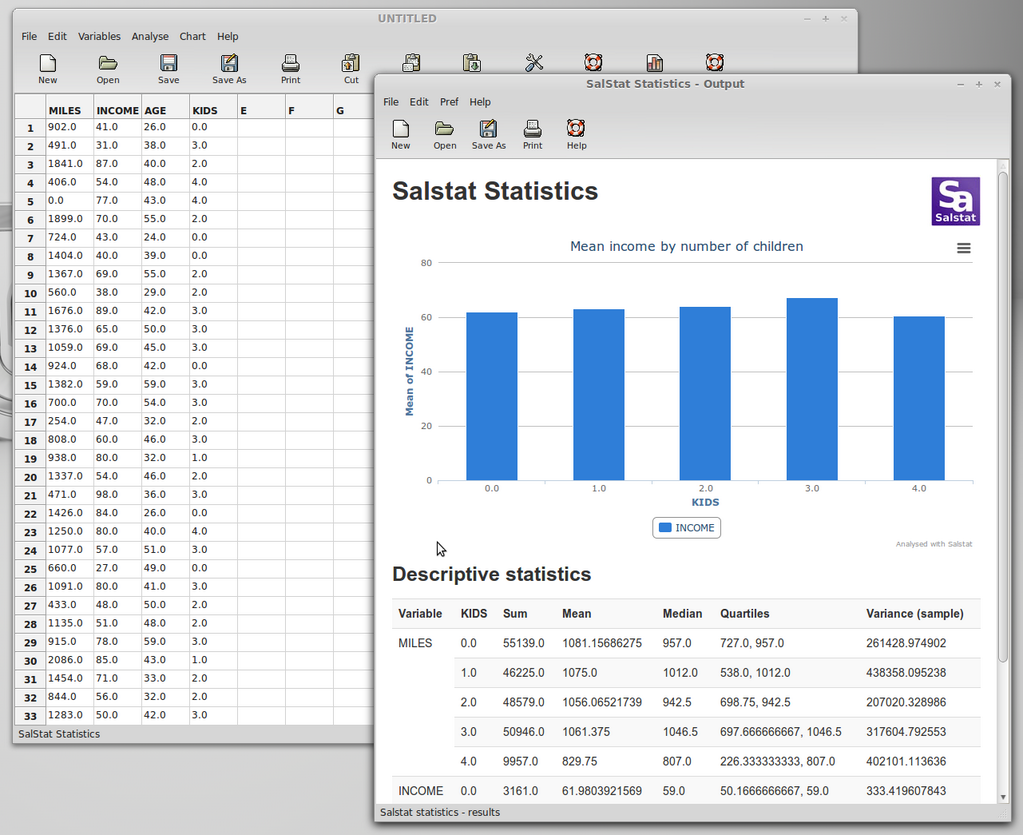 The above screenshot shows the new Salstat running on Linux for the first time in a decade. As you can see, Bootstrap is formatting the descriptives table nicely (so JQuery is working) and HighCharts has drawn a nice, simple column chart. The data come from an SAS binary file so that works well. So far, we're quite chuffed with how well it works.

But the beauty of Python (or rather, one of the beauties) is that the code was not altered by a single line and yet it ran on Linux as well as OSX or Windows. There are over 10,000 lines of code.